I get to be home for a week by myself. It’s like Christmas and my birthday all rolled into one. Naturally this sort of thing always makes me think about the song Eraserhead by Bruce McCulloch.

If you have never heard this before, let me just make very clear that this little spoken word song is quite possibly the best thing ever made.

Posted by paulms on April 6, 2014 in Uncategorized

The Band That Never Was

The newest episode of my favorite podcast is out, which means i’m going to take a minute and go all fanboy over it.

The Band That Never Was is the true recollected story of a group of friends who form a band during that late adolescent travel from the teenage years to adulthood. It perfectly captures that time of life and the dramas and foibles associated with it and trying to do something serious for the first time, ie form a band that will make brilliant music while conquering the known world despite having never even lived outside your parents’ house before.

It’s also an excellent window back into the 90s when the events took place.

“Packed with honesty, laughs, relationships, irony, and some damned fine tunes, The Band That Never Was is a documentary podcast about many things. Friendships, life, music, growing up, and a study of what, at its core, failure may or may not be.”

It’s a brilliant slice of life and feels almost like someone is telling my own memories.

Posted by paulms on July 30, 2012 in Uncategorized

Today we shall feature a little music. Moody and mellow for your melancholy Monday.

Back when i lived in NY i was working on a project and ended up with an extra track that i was unable to use at that particular time, but which i adored. It was Lady Chatterlaine written in conjunction with Matthew Broyles.

I had met musician Matthew Broyles while we were both struggling musicians in NYC. He showed up at a restaurant i was bartending at, having arranged to meet the pianist who played there every week. (I don’t remember the pianists’ name but i loved that guy. He was a walking encyclopedia of 70s jazz fusion, a particular fetish of mine at one time, and would play some really insane and obscure things for me which no one possibly had any idea of. He would blast through Return To Forever’s Duel of the Jester and the Tyrant on solo piano for heaven’s sakes and demolish it. I could have murdered everyone else associated with that damn restaurant, one of the worst jobs i ever had, but that guy shines as the bright spot. Alas, i digress)

Anyway, the pianist didn’t show up so Matthew had a few drinks at the bar and we got to talking. I, of course, am a pianist also (although what poor Matthew did not know at the time is i couldn’t hold candle to that other guy. Even if he was drugged and unconscious he could still wipe the walls with me playing wise). More so than just piano playing though, we had a great many of the same influences and were both dedicated primarily to song construction above all else. So we became friends and would help each other out on numerous projects in various ways. (10 years later, still do actually. We also made an album together just last year, The Silver Key, but for some reason i am in the mood to chat and wander into long digressions today and need to reign this in a bit.)

The result was Lady Chatterlaine, which i adored and is STILL one of my favorite tracks. I eventually put it on the Cthulhu: The Funksical album.

So here 3 nice, lilting songs for you. The Chatterlaine trilogy.

(Vocals and Lyrics written and sung by Matthew Brolyes)

Posted by paulms on July 23, 2012 in Uncategorized

And finally we end with the full album.

Fairy Tales for the Lost and Wandering is a series of short, melancholy, original fairy tale-esque stories set to music. They are sung, they are spoken, the music ranges from simple to layered, haunting to lush.

The finished album is available on Bandcamp for a mere pittance of $5. When i figure out what possible musical genre to file it under i’ll let you know, but if you have any ideas…

Posted by paulms on July 5, 2012 in Uncategorized

Listen To A Fairy Tale (A Scene In Ice)

Well, we can safely assume the Americans in our audience will be out of commission today as today is the sacred Day Of The Mixing Of Beer And Explosives (and honestly, it’s basically as awesome as it sounds). We shall however continue unabated with our story telling  program.

Today we shall showcase A Scene In Ice the story that benefited the most from studio treatment. As ususal the entire completed album can be explored (and bought!) here.

Posted by paulms on July 4, 2012 in Uncategorized

Let’s listen to something a little more upbeat today, shall we?

As mentioned before, what started out as some simple piano and voice demos has now become a fully produced album. This week i shall play some selections from it before posting the entire finished thing. Should you want to check out the entire thing you may do so HERE. If you like, please consider buying or sharing a link!

This one was the reason i decided to make the demos into a full production. I really loved this story but the piano demo fell flat for me. It sounded too much like a demo that wanted to be flushed out into a proper track and it sounds SOOOO much better with additional instrumentation. So without further ado, we present the next fairy tale in our Listen To A Fairy Tale series: Piston Brown.

Posted by paulms on July 3, 2012 in Uncategorized

A little while back i posted a few demo tracks featuring original fairy tales made into song form with acoustic piano. I liked the idea, the stories but other than one song (Diedre) the tracks with only piano left me quite unsatisfied. They sounded simply like demos, not like they were what they wanted to be. So demos i declared them and set about to make them into things i could be satisfied and proud of.

I made an entire album of sad, fairy tale like stories. In fact, the album will be released online tomorrow and thus this week we shall listen to several of the tracks. Listen to a fairy tale.

One track, however does NOT contain fairy tale elements. It is the only track which is not fantastical in some way. And yet, it is the one i am going to premiere and play today since it’s currently my favorite track on the album. (Although to be clear it’s also the most recent song completed, made over this past week, so that factors is a lot. My favorite track on a given album is usually the one i’m working on….) It’s the final track in the Chatterlaine trilogy… spread across several of my albums are a couple songs about a Ms. Chatterlaine… Lady Chatterlaine, Sister Chatterlaine and now Madame Chatterlaine.

So… STORIES! Who doesn’t like stories? Let’s listen to some and meet some interesting characters. We begin with Madam Chatterlaine.

(Note: I cannot thank Matthew Broyles of The Matthew Show enough for the inadvertant direction he provided on this track. )

Posted by paulms on July 2, 2012 in Uncategorized 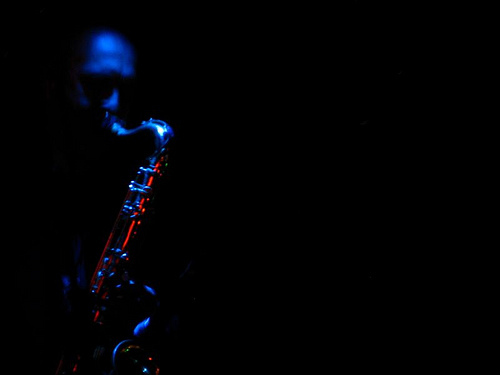 It’s ambient jazz technically, but it sounds like what youo would think heavily chilled, dark modern noior music would sound like. Sparse, slow, moody as hell, with something ominous waiting patiently in the shadows.

Bohren & der Cluc of Gore are a German band. The line up is:

“Driven by  the idea of a more unique style of music, they  formed BOHREN (german word for drilling) in 1992 to play, as they called it, „ doom ridden jazz music“.”

Let’s listen to another track. I just adore this.

Posted by paulms on June 22, 2012 in Uncategorized

Fairy Tales For The Lost And Wandering

Collected all together here in one post is a 5 song experiment in storytelling: telling 5 original, melancholy fairy tales using only piano and voice.

How well it’s pulled off is up to you to decide. But not only can you listen to them here at your leisure, if you particularly like any of them, you may HAVE THEM. All can be downloaded at a name you own price rate. You want them for free, take them. If you feel they’re worth anything and you believe that artists should also eat, you may name your own price.

Otherwise, please enjoy these stories and for our regular readers, we return to our regularly scheduled program tomorrow.

Posted by paulms on March 26, 2012 in Uncategorized

For the next few days we’re going to do a track a day of a different dark tinted fairy tale.

It’s a… it’s a series of tracks of a work in progress. I honestly have no idea what i’m actually doing with it. I have long wanted to do some sort of album/EP which was simply piano and voice, utterly stripped away of all the lavish orchestrations i normally use.

I also like to make up stories. So…. it’s a series of grim fairy tales, told through piano and voice.

There are two questions i have regarding these:

In any case, if you enjoy short, little melancholy stories then i hope you enjoy this series. We begin with Dear Departed Diedre.

Posted by paulms on March 21, 2012 in Uncategorized

← Older posts
A Steampunk Opera (The Dolls Of New Albion)
Create a free website or blog at WordPress.com.